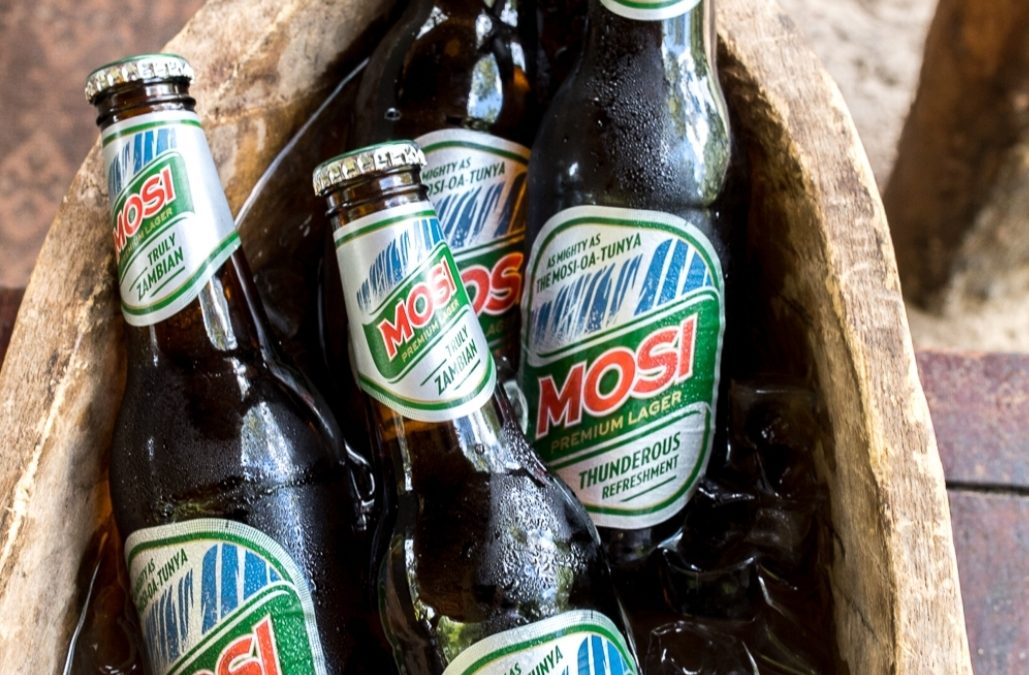 Zambia’s Ambassador to Germany His Excellency Mr. Anthony Mukwita has lauded Zambia Breweries for donating one pallet of Mosi lager beer which the embassy hopes to share with visitors to the Zambia stand at ITB, the biggest travel show that opens in the German capital in about 90 days.

Ambassador Mukwita said the company has demonstrated rare ‘corporate patriotism’ by donating a product that distinguishes Zambia from other countries, as the Mosi brand is exclusively Zambian.

To complement the generous effort of Zambia Breweries, Ambassador Mukwita has appealed to other business houses to step in and transport the Mosi from Lusaka to Berlin in time for the major tourism event.

The top Zambian diplomat in Berlin said the embassy wants to see more private business partners identify themselves with government activities such as presence at ITB in order to gain greater positive exposure as Zambia diversifies the economy.

“Zambia Breweries has done its part. We call on other business houses and individuals sympathetic to boosting Zambia’s tourism to help transport our Mosi to Berlin. They will receive positive transparent public commendation.”, said Ambassador Mukwita.

“We are doubling up calls for companies that want to take advantage of this huge tourism platform like ZB to help transport our pallet of Mosi larger to Berlin,” said Ambassador Mukwita.

The ITB Berlin held at Messe Berlin in 90 days’ time attracts more than 100,000 visitors from more than 120 countries for one week under one roof and is often described as a “one stop” tourism event by pundits.

“It is an advertisers paradise,” said H.E Mukwita.

Zambia has participated in the event without fail from 2018—even as a prestigious Cultural Partner—and Zambia Tourism Agency (ZTA) Chief Executive Felix Chaila has expressed interest in keeping the tradition yet again in March.

Mr. Chaila has been positively instrumental in the ITB participation according to official records.

Ambassador Mukwita said the embassy in Berlin took a leaf from other African countries exhibiting at the tourism event such as Namibia that draws huge crowds at its stands annually serving ice cold free Windhoek lager and biltong as well as eastern African countries that serve gallons of Tusker yabaridi.

“After walking several kilometers in the huge Messe Berlin dome,” H.E Mukwita said, “it only makes sense for visitors to stop at a pavilion that is serving chilled pints of Mosi lager like the Zambia stand in collaboration with Zambia Breweries…let the world drink Zambia.”

Ambassador Mukwita said while sipping “chilled Mosi at the Zambian pavilion, potential tourists would inevitably engage tour operators from Zambia and subsequently buy tourism packages in a spur of a beer. It has been proven to work for other countries, Zambia with the great Mosi with a long history of winning international beer awards could gain too.”

Zambia already remains favorable, as a tourism destination due to its 55-year-old record of undisrupted peace but a “little beer” would help seal the tourism deal said H.E Mukwita, hence the need for the freight sponsorship call.

The sponsorship can be from freight companies, mobile phone companies, banks or indeed tour operators that shall be given full open commendation for the partnership.

President Edgar Lungu has elevated tourism from just another ministry to income generation ministry as he touts economic diversification.