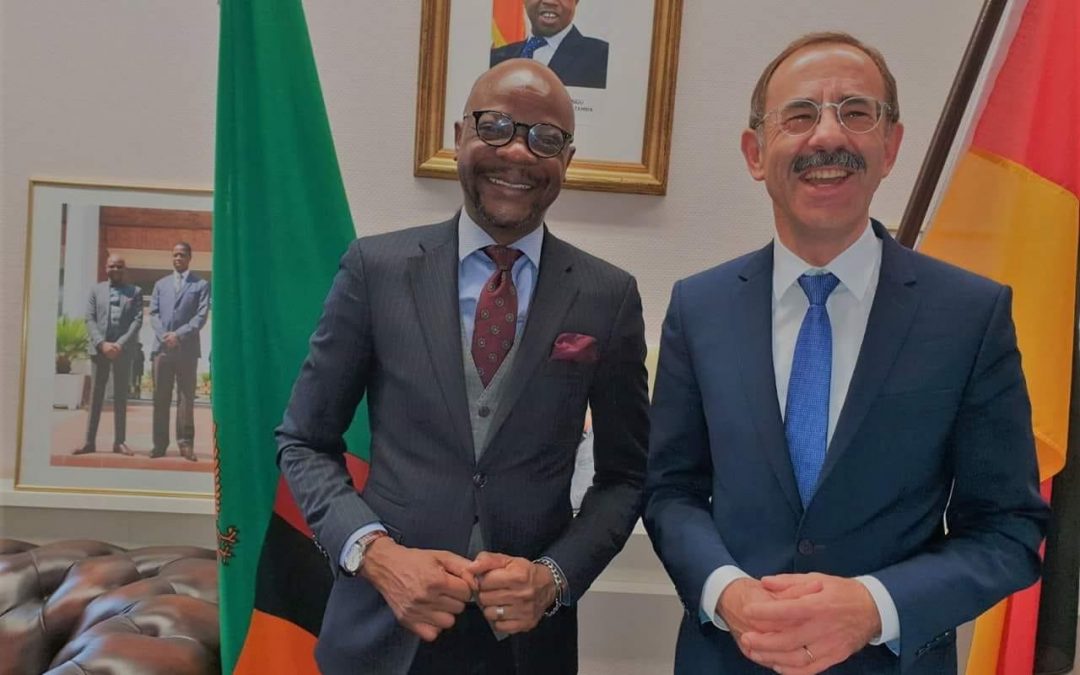 successfully concluded: A partnership for reforms and development!

The negotiations focused on ongoing and future programmes of development cooperation and took place in a candid, constructive and cordial atmosphere reflecting the trustful relations between both countries that were established more than 50 years ago, right after Zambia’s independence.

Germany highlighted its zero-tolerance approach to corruption in all development programming and expressed strong concerns about recent cases of misapplication of donor funds. The Zambian Government stressed its commitment to address corruption in all its forms and to implement public financial management reforms. It was agreed that all Zambian-German programs would focus on strengthening accountability and transparency for better service delivery for citizens.

During the 2018 negotiations, the Government of the Federal Republic of Germany committed € 62,98 million (approximately K 850 million) to the Republic of Zambia covering the years 2019-2020. Funds committed this year focus on good financial governance, civil society participation, support to the decentralisation process, renewable energy, capacity building in the water sector as well as on HIV/AIDS prevention. In addition, special funds are being provided: € 10 million for supporting Congolese refugees and host communities and up to € 20.1 million for assisting agricultural development and nutrition.

The German side emphasized that new commitments for investments in the water sector could be stepped up again if an ongoing audit of a rural water programme was concluded and – in case of any misuse of funds – the full misapplied sum would be reimbursed. Concerns regarding governance, particularly in the water sector, had led to a slight reduction of commitments.

As Zambia is at high risk of debt distress, it was agreed that for this years commitment, German bilateral aid will be provided exclusively via grants and that GRZ would implement measures to reduce the fiscal deficit, maintain a sustainable debt position and safeguard the vulnerable. It was discussed that as funds are scarce, it was important to make wise and efficient use of the available resources with emphasis on “value for money”. Both sides agreed that strong cooperation with the IMF was important.

The German delegation introduced the “Marshall plan with Africa” and the G20 Compact with Africa which are based on the African Union’s Agenda 2063. Mutual commitments are at the core of this new kind of cooperation. When partner countries qualify as reform partners, they can receive additional funding. While Zambia currently has some governance challenges, it was agreed by both sides that Zambia has the potential to become a reform partner in future, if economic and political reforms were implemented and governance enhanced.

Secretary to the Treasury Head of Zambian Delegation

Head of Division for Southern Africa