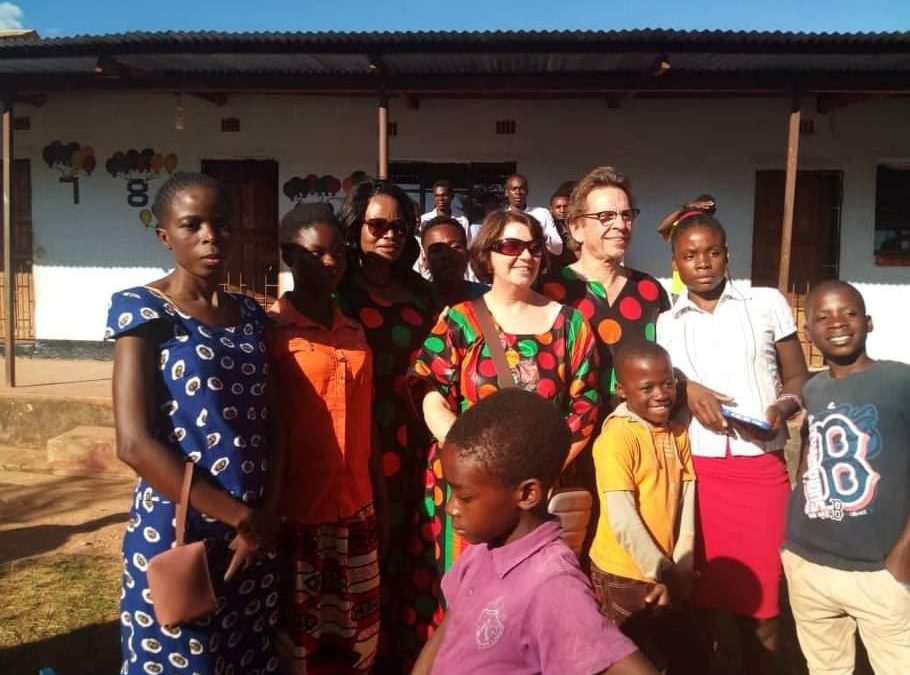 …..news of success inspires others to work harder

Zambia’s Ambassador to Germany His Excellency Anthony Mukwita said Zambians are more interested in good stories than bad stories. Ambassador Mukwita said news of success, improved lifestyles and development brighten people’s lives and give them hope for a better tomorrow.

Mr. Mukwita was speaking in his office in the presence of Minister Counselor Mrs. Dorcas Chileshe when German-based Mrs. Roselyn Kiwala called on him to share with him the development projects the two have embarked on in both Chingola and Solwezi in the copper Belt and Northwestern regions of Zambia.

“You have given hope to widows and orphans who may have resigned to the fact that their lives would never ever change for the better”, Mr. Mukwita said in reference to Widows of Hope Zambia (WHZ), a project under which Mrs. Kiwala is assisting widows and orphans.

The Zambian envoy said Zambians would like to be inspired to change their circumstances for the better “hence our regular sharing of news and stories of those working to change living standards of our people”.

Under WHZ, Mrs. Kiwala in partnership with a German couple, Professor Ulf Schneider and his wife Dr. Iris Schneider is assisting 168 widows with income-generating projects involving poultry, gardening with a few more activities planned in the new future.

Underway is also a plan to construct transit homes for women that have no shelter so that they are provided with temporary respite as they search for a permanent solution.

The project is also assisting 278 orphans to meet their educational requirements from primary school right through to university.

Mrs. Kiwala explained that the initial plan only included widows but soon she realized that unless and until a widow was able to generate an income, she would need assistance in putting her children through the education system.

It has come to the attention of the Zambian embassy in Berlin that there are Zambians living in Germany that have embarked upon developmental projects back home out of their own sense of duty to their fellow citizens.

In partnership with their German counterparts, friends or spouses, Zambians living in Germany are assisting to improve the living standards of their countrymen and women in such areas as education, technology transfer, skills training, investment and income-generation.

Consequently, the embassy has decided on an open-door policy that should allow Zambians living in Germany to come and share what they are doing for their own country so that, where necessary, they may be linked up with local partners or the necessary Zambian Ministries that could work with the them scale up their interventions.

“We are also linking up works of charity back home with those that have the means to donate what they may to improve the living standards of the Zambian people,” Ambassador Mukwita said citing the Esther Lungu Foundation Trust that has so far received medical supplies from young doctors in Slovenia and a 20ft container of assorted medical equipment that is about to ship to Zambia from Austria.

Ambassador Mukwita is also accredited to both Austria and Slovenia on a non-residential basis.

“Madam Esther Lungu would have just stayed at State House relaxing but instead she spends more time with the poor through her work. This is why we at this embassy, in addition to our diplomatic engagements, will not tire in supporting her noble work”, said Ambassador Mukwita.

Recently, the government of President Edgar Lungu launched a diaspora policy that recognizes the role of Zambians living abroad in the development process of the country.