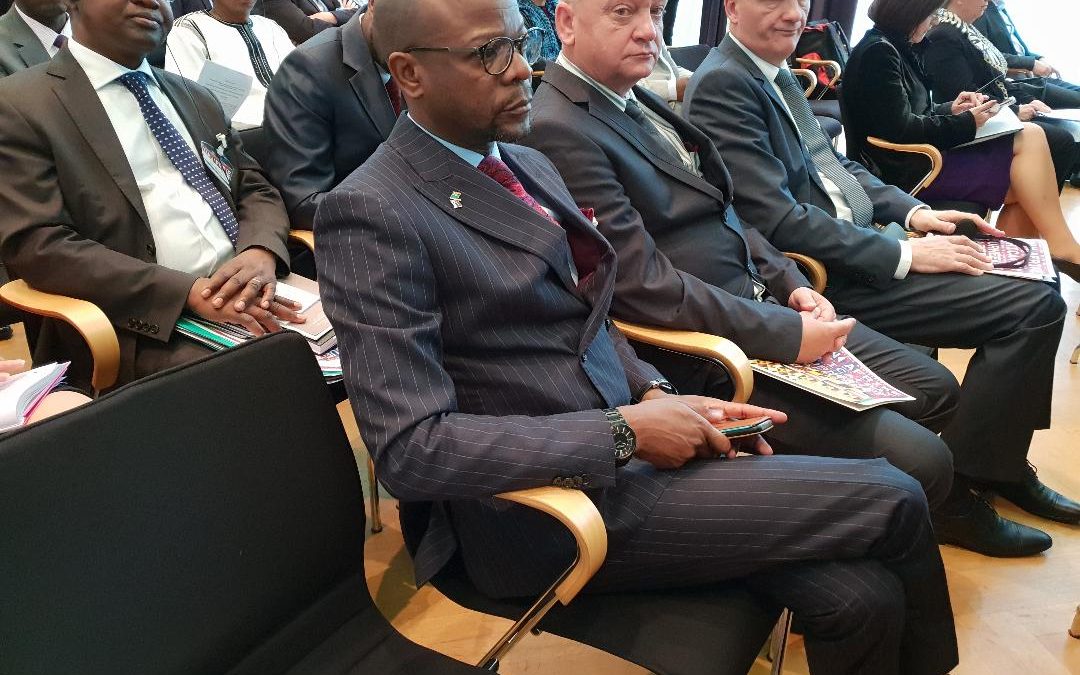 …… as the 7th Africa Day Conference opens in Slovenia

Zambia’s ambassador to Germany Anthony Mukwita has told delegates to the 7th Africa Day Conference taking place in Ljubjna in Slovenia that Zambia has demonstrated commitment to gender equity and equality under President Edgar Lungu’s administration.

Ambassador Mukwita said there are significant ministries and public offices in Zambia headed by women, a development he said should suggest that not all is dark and gloom on the African continent.

“This is a bright light on what is generally considered a dark chapter on Africa’s governance record”, the Zambian envoy added before he wound up his point followed by an applause.

Ambassador Mukwita was contributing to the topic of the first session of the three-day conference, “Trust and Governance in a changing Global Order: Building Inclusive and Accountable Institutions for sustainable Development”.

In addition to appointing women to high public offices, President Lungu has championed the right of the girl child, which has led to a countrywide fight against early marriages. The African Union has recognized these activities and acknowledged President Lungu as a fitting example of the role of political leadership in addressing one of the most topical issues confronting the African continent.

The 7th Africa Day International Conference is exploring major and topical development themes for purposes of informing the structure of policies that may underpin relations between Europe and Africa.

On the second day of the conference, ambassador Mukwita is expected to address a Slovenia business forum where the senior diplomat will be making a case for investment in Zambia in fulfillment of President Lungu’s economic diplomacy.