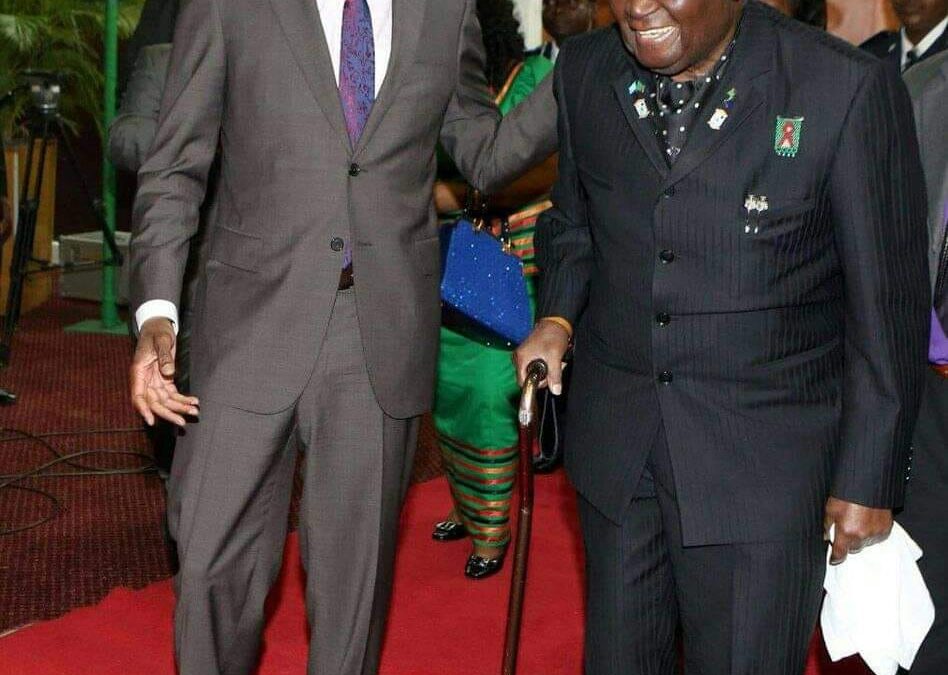 LUBINDA GIVES LUNGU LOVE ON KK STATE FUNERAL
_…as dozens heads of states, reps flock Zambia_
Lusaka, July 2nd, 2021 (SMARTEAGLES)
PRESIDENT Edgar Lungu must be commended for attracting almost a dozen heads of states and government for the state funeral of the first President of Zambia Dr Kenneth Kaunda said Given Lubinda, a former senior Cabinet Minister.
Mr Lubinda said the response, at short notice shows the amount of respect the international community has for, not only Dr Kaunda but the host President Mr Edgar Chagwa Lungu.
The veteran parliamentarian from Kabwata said, “if the international community did not respect President Lungu and Dr Kaunda, they would have taken “rain check” so there confirmation of attendance in sch large numbers under covid is an endorsement for President Lungu. We are happy because of him the big man (KK) will get the dignified send off his deserves.”
On 1st July, President Edgar Lungu warmed the hearts of many Zambians in an update when he stated that some nine heads of states and government had cancelled their busy schedules, braved covid and would attend the state funeral of the founding father of Zambia in a widely followed State House briefing.
The head of state who as been commended for giving President Kaunda an unprecedented 21-day national funeral said this is the least he could do for a man that helped free Zambian and the continent from the shackles of colonialism.
“In recognition of the indelible impact our first President made on the region and world at large,” President Lungu said, “we have received confirmed presence at the highest level of heads of states and governments.”
President Lungu said the heads of states are from, “Kenya, President Uhuru Kenyatta, Namibia´s H.E Hage Geingob, Botswana´s H.E Mokgweetsi Masisi, Mozambique´s H.E Filipe Nyusi, Ghana´s H.E Nana Akufo Ado, Zimbabwe´s H.E Emerson Munangagwa, South Africa´s H.E Cyril Ramaphosa, and the Kingdom of Lesotho Prime Minister Moeketsi Majoro.”
President Lungu said Tanzania, Angola, Ethiopia, Nigeria, the Democratic Republic of Congo, the United Kingdom, Serbia, the Africa Union, the secretariat of the Commonwealth would send representatives at the highest level to stand in for Presidents, including COMESA.
Mr Lubinda said President Lungu needs all the support he can get under the “new normal” to ensure President Kaunda was respectfully mourned.
He urged Zambians to keep observing covid rules such as social distancing and disinfecting and especially staying at home during this crucial period preceding the burial of Dr Kaunda slated for 7th July 2021.
Mr Lubinda said President Lungu will be recalled nostalgically by the Kaunda family and entire Zambia as the man, “that sent off a statesman (Dr Kaunda) gracefully, history will not forget him.”
The sixth President of Zambia (Edgar Lungu) has also advised that there be “no work” in Zambia on July 2 and 7 of 2021 in respect of Dr Kaunda who died 17th of June 2021, born on 24th April 1924.
A political campaign for the crucial poll set for 12th August has been indefinitely suspended by President Lungu in order to stem down covid rise that has killed thousands of Zambians including a month-old baby.
Ends.
#SMARTEAGLES2021
https://m.facebook.com/story.php?story_fbid=2898204340492977&id=1610995479213876