Against All Odds revisited 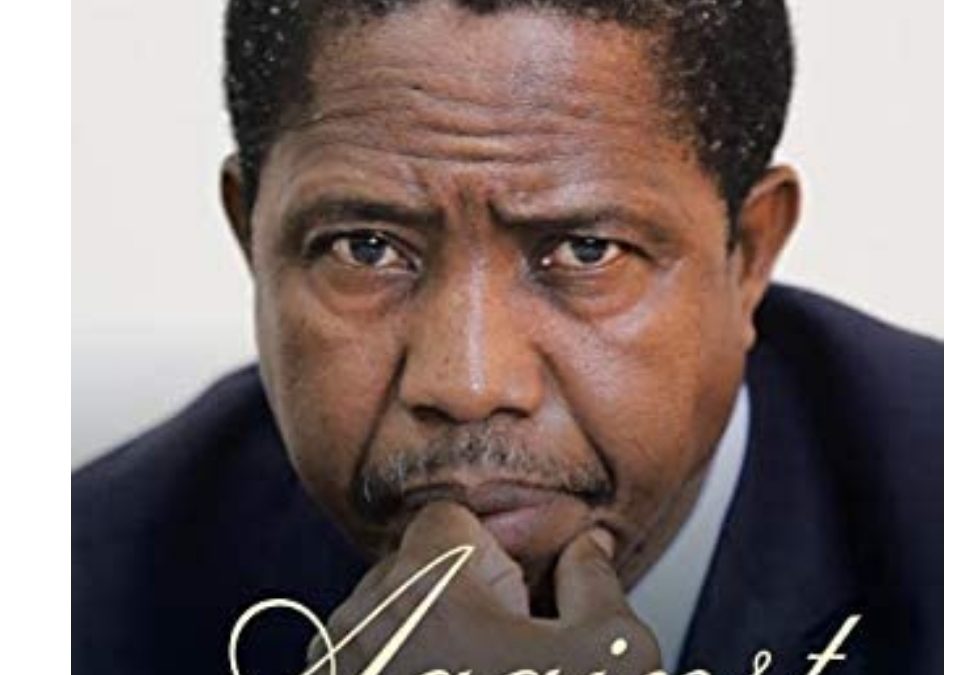 Smart Eagles Nakiwe Simpungwe walks author Anthony Mukwita in the footsteps of H.E Edgar Lungu´s  rough journey to State House against all odds
…more than four years after the January 5, 2017 publication of the best-selling Zambian political thriller.
“President Edgar Lungu´s resilience, loyalty and humility inspired Amb. Anthony Mukwita to pen ´Against all Odds, President Edgar Chagwa Lungu´s Rough Journey to State House, a bestselling Zambian book according to an exclusive interview by Nakiwe Simpungwe on The Round Table recorded for Smart Eagles and Millennium TV also available on YouTube.”
Nakiwe Simpungwe, host of Smart Eagles flagship talk-back programme, The Round Table, has helped to bring out some ´not known before facts´ that inspired author and diplomat Amb. Anthony Mukwita to pen the first official book on the political life of President Edgar Chagwa Lungu.
THE INSPIRATION FOR THE EDGAR LUNGU BOOK
In a 60-minute political, economic and diplomacy roller-coaster interview aired on Millennium TV, YouTube and Smart Eagles on 1st April 2021, Amb. Mukwita revealed that the inspiration for authoring the book ranged from the ´scarcity´ of documented stories on Zambia, by Zambians but mostly by President Edgar Lungu himself.
A keen follower of history and law who lived an interesting life with a raft of twists and turns, President Lungu was perfect character for the novella according to the author.
“I first got inspired when I attended a book launch for former President Kenneth Kaunda with the President at the Taj Pamodzi hotel in March 2015 a few days after he became the sixth President of Zambia and called for more Zambian literature,” Amb. Mukwita.
An award-winning former journalist, scholar and now diplomat, Mukwita said, he felt an itch to rise to President Lungu´s challenge by writing a book on Zambia, with Lungu, as the main character because of his “extra ordinary” political and personal background.
“The truth is I also got tired of hearing people saying ´someone should write or do something about this or that when we can all do or write something,” said the author.
President Lungu gave an example of the Bible that has “several gospels by different writers” as a basis for Zambian historians and documentarists to write, and add value to the literature body of Zambia.
“That´s how ´Against all odds, President Edgar Chagwa Lungu´s Rough Journey to State House´ was inspired and imbedded in my head, once I started burning the midnight oil I couldn’t stop,” said Amb. Mukwita who represents Zambia in the Germany.
The Lungu book speaks of the resilience of a once upon a lawyer, father and politician whom six months before the polls called to replace predecessor Michael Sata in 2014 was not even a front runner but came to win clean the poll at first crack.
THE LUNGU TALE OF HARD KNOCKS
It’s an interesting tale of treachery, loyalty and mere chutzpah especially on Lungu´s part.
It traces President Lungu´s humble tracks to his father Padule Saili who worked for a missionary and mother Tasila Jere who worked at a market, to walking the university of Zambia law school corridors, becoming a friend of the Bench, once wait listed for the Chawama parliamentary seat, to eventually rising to the most coveted job in Zambia twice.
The fast-paced inspirational thriller, the only one of its kind among the notables running for President on 12th August in Zambia, in print and online, gives an insight to anyone wanting to decide whom to vote for from the proverbial ´boys to men´ according to analysts.
Responding to further prodding by Host Nakiwe, Amb. Mukwita could not rule out penning another Edgar Lungu book based on his first full five-year term that commenced in September 2016 after he beat opposition leader Hakainde Hichilema again.
HOW EDGAR LUNGU DEBUNKED AFRICAN LEADERSHIP MYTHS
“This book is not about President Lungu only but about African leadership. It debunks the theory that African leaders will kill to stay in power because President Lungu gave up power just to win it back democracy 90 days later,” Amb. Mukwita told Nakiwe.
Mukwita also traces President Lungu´s roots from his birth in Ndola Central Hospital on 11th November 1956, his university stint at UNZA and his legal career that saw him take up various cases for free to defend journalists and surviving families of the Gabon air disaster before closing it at State House.
The book is now stocked in Ivy League universities such as Stanford including all major online bookstores from Amazon to Barnes and Noble, a trend the author feels escalates Zambia´s “Literature Diplomacy”.
AHEAD OF THE AUGUST 12 POLLS
The Lungu book is available in all Book world stores and Zambia Daily Mail outlets countrywide and could provide a starting point of knowing President Lungu for those that do not know him ahead of the Presidential elections, the last term for the lawyer turned politician.
It´s a nail-biting fast reading and fascinating African missive clearly written by someone who had first-hand experience to the events in the 200 pages.
Amb. Mukwita has also challenged others to write more accounts of various aspects of Zambian life to add to the body of knowledge of the southern African country.
The book has lots of anecdotes that can only be recalled by insiders, making it even the more succinct.
This summary was compiled by Smart Eagles based on the interview available on YouTube hosted by Nakiwe Simpungwe.