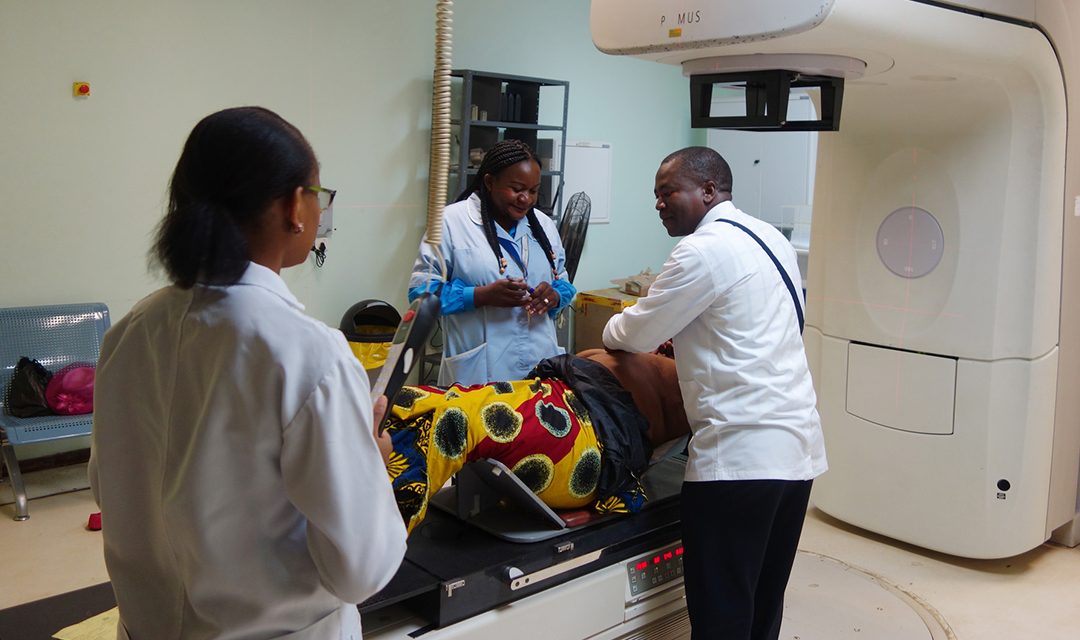 ….. state of the art facility in the offing

The Austrian government has approved a soft financing facility of up to 6.8 million euros or K138.5 million to upgrade the aging cancer center at the University Teaching Hospital, UTH. This comes after protracted discussions and negotiations between the Zambian embassy in Berlin and the office of Zambia’s Honorary Consul in Austria, Mr. Heinz Messinger.

If implemented, the cancer center at UTH will be equipped with state-of-the-art medical facilities that will be able to treat most of the cancer cases currently referred abroad for treatment thereby retaining within the country the much-needed financial resources. It is also hoped that the center could contribute to medical tourism as patients from other parts of Africa, the east and southern African regions in particular seek treatment in Zambia.

Zambia’s Ambassador to Germany, His Excellency Mr. Anthony Mukwita, who is also Ambassador to Austria on a non-residential basis said the Austrian offer represents one of the best chances Zambia has ever had to invest in one of the most pressing health challenges in modern history.

“Globally, cancer is claiming lives that are at the most productive stage of life thereby robbing society of the human resource needed to develop nations”, Ambassador Mukwita lamented and added “Zambia has not been spared as the disease knows no social status or gender”.

According to the Zambia National Cancer Registry, estimates were that two years ago, there were over 12,000 new cancer cases countrywide with 7,380 deaths which translates into approximately 60% of all new cases.

Ambassador Mukwita said President Edgar Lungu is committed to ending the needless loss of life to cancer as life must be preserved by sparing no effort and leaving no stone unturned.

“All our development efforts will come to naught if we do not preserve the very life we are trying to improve by propping up the economy”, said the senior diplomat.

The Zambian government, through the Ministry of Health, has embarked on a nationwide campaign to sensitize the population in respect of both cervical and prostrate cancer. Some of the strategies have included the involvement of traditional leaders and civil society organizations whose collective efforts have resulted in more people responding to the call for voluntary testing and treatment.

The cancer center was established as part of the national strategy to fight the disease but the facility is in dire need of an urgent upgrade to bring it in line with challenges posed by the management of cancer in its various manifestations.