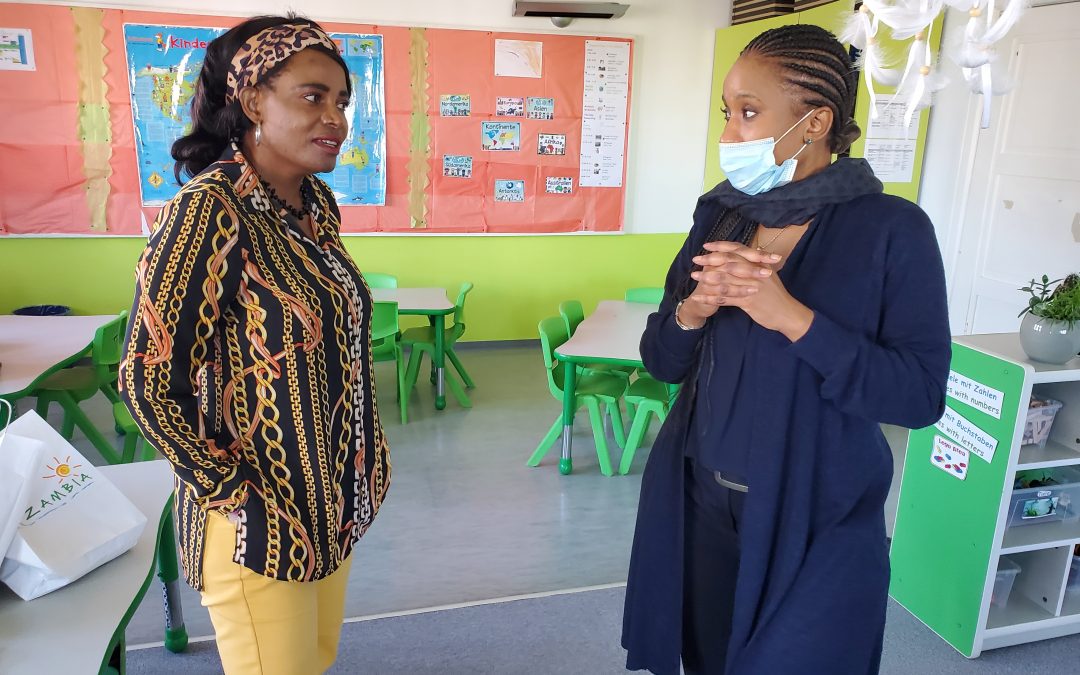 Zambia’s Ambassador to Germany, His Excellency Mr. Anthony Mukwita has commended an initiative by a Zambian in Germany to market Zambia’s tourism among her kindergarten students.

Ambassador Mukwita has commended Pastor Roselyn Kiwala, a Kindergarten school teacher of Be Smart Academy in Berlin for incorporating Zambia’s tourism endowments in the material that she uses as teaching aides.

“Children play a role in influencing decisions by their parents as to where the family spends their vacation, so it is commendable that Pastor. Kiwala has assumed this initiative”, Ambassador Mukwita said.

The Zambian senior diplomat said the initiative by Pastor Kiwala underscores the importance of the diaspora policy launched last year by government which recognizes the role played by Zambians living abroad in national development.

Ambassador Mukwita said the policy seeks among other things to systematically tap into the expertise of the diaspora for purposes of enhancing government development efforts.

The government of President Edgar Lungu has prioritized tourism in its development agenda and recognizes the strategic role that the diaspora could play in realizing government set goals.

At the school, Mrs. Keck shared the material with the children which included magazines and brochures depicting the diversity of Zambia’s tourism ranging from wildlife, rivers, lakes, waterfalls and historical sites.

“From my experience, children tend to make connections based on what is familiar to them. So, story and presentations about Zambia will help children influence their parents to visit Zambia”, said Mrs. Keck.

Noting that the class consisted of children from different parts of the world representing different countries, cultures and traditions, the Tourism Secretary told the children that they were in essence citizens of the world and needed to see one another as one.

Pastor Kiwala, a Zambian married to a German husband, has taught her kindergarten students a number of Zambian traditions that include how Zambian mothers carry their babies, the games and songs Zambian children play among many others.

With 17 children under her care, Pastor Kiwala has been at the school for ten years. “I have literally raised some of these children as they were brought here when they were very little and I would bear them on my back as Zambian women do their own babies”, Pastor Kiwala said.

There are 585 Zambians in Germany involved in a variety of fields that range from education, IT, aviation, and commerce, among others.