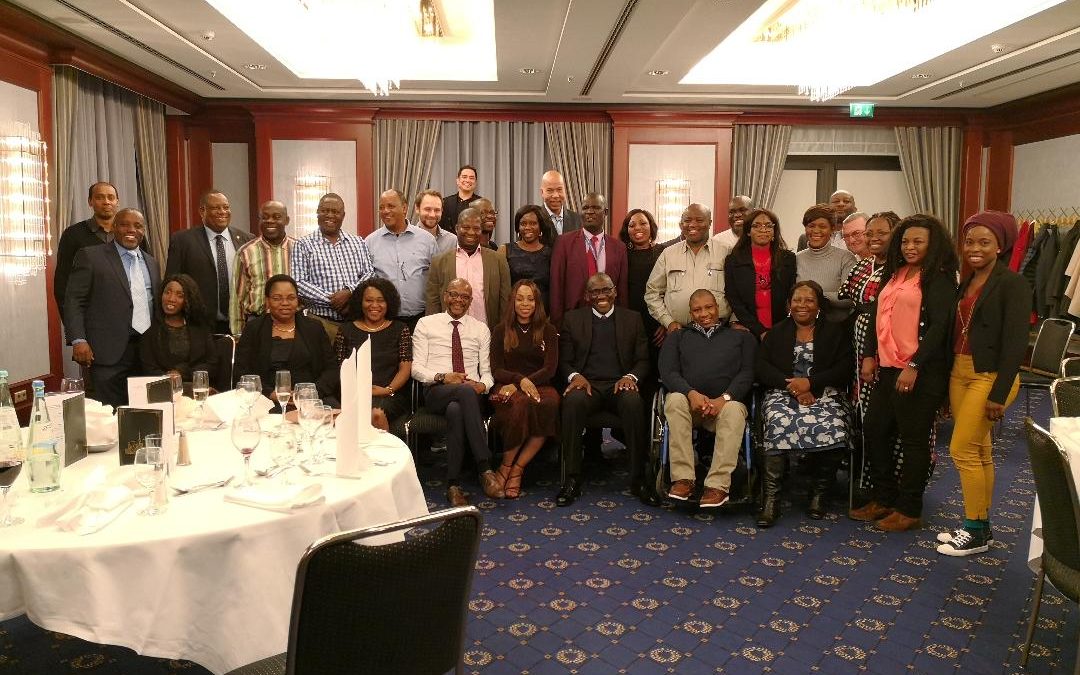 …… 1.2 billion people travel each year, we need our share

Minister of Tourism and Arts Charles Banda has challenged the Zambia Tourism Authority, ZTA, and officers in his Ministry to claim a fair share of the 1.2 billion outward-bound visitors that leave their countries annually.

Mr. Banda says Zambia should now aim at increasing numbers of visitors from the current levels of a million pay year as the country has now sold herself well at the just-ended 2018 International Tourism Bourse, ITB, that took place in the German capital, Berlin from the 6th to the 11th of March.

The Minister was speaking when he addressed a meeting attended by Zambia’s ambassador to Germany Anthony Mukwita, embassy staff, ZTA CEO Felix Chaila, officials from the Ministry of Tourism and Zambians resident in Germany.

“When I was in China, I told the Minister of Culture there if he could give me just one million visitors per year and he said ‘we have 122 million and you are only asking for 1 million? Why not 10 million?”, the Minister said.

Mr. Banda said he wished he could take the 10 million but told his Chinese counterpart that he did not, at the moment, have the infrastructure to accommodate 10 million Chinese visitors.

The Minister said given the opportunities that lie abundantly in the tourism sector, it was time to put into action President Edgar Lungu’s challenge that it was no longer business-as-usual at the Ministry of Tourism following government decision to elevate the Ministry from the social sector to the economic sector.

“With this challenge, we came to the 2017 ITB with no stand and no prospects and yet a year later, taking a leap of faith, we became Convention and Culture Partner”, the Minister said amid applause.

Mr. Banda said the world received Zambia well at the travel showpiece as evidenced by the large turn out at meetings held to focus on the country. Most meetings were packed and the press conference was well attended by media practitioners from all over the world.

“I was afraid that the meetings may not be well attended because we as a country are not that well known on the tourism global scene”, the Minister said but added, “the response was so overwhelming that if it was back home, someone would have thought that tasamba munkwala (we bathed in charms),” a comment that elicited spontaneous laughter of joy from the audience.

The weeklong travel show attracted 10,000 exhibitors from 180 countries with an estimated 100,000 visitors on a daily basis and covered by 6000 journalists from around the world.