‘Give us more military training slots’ 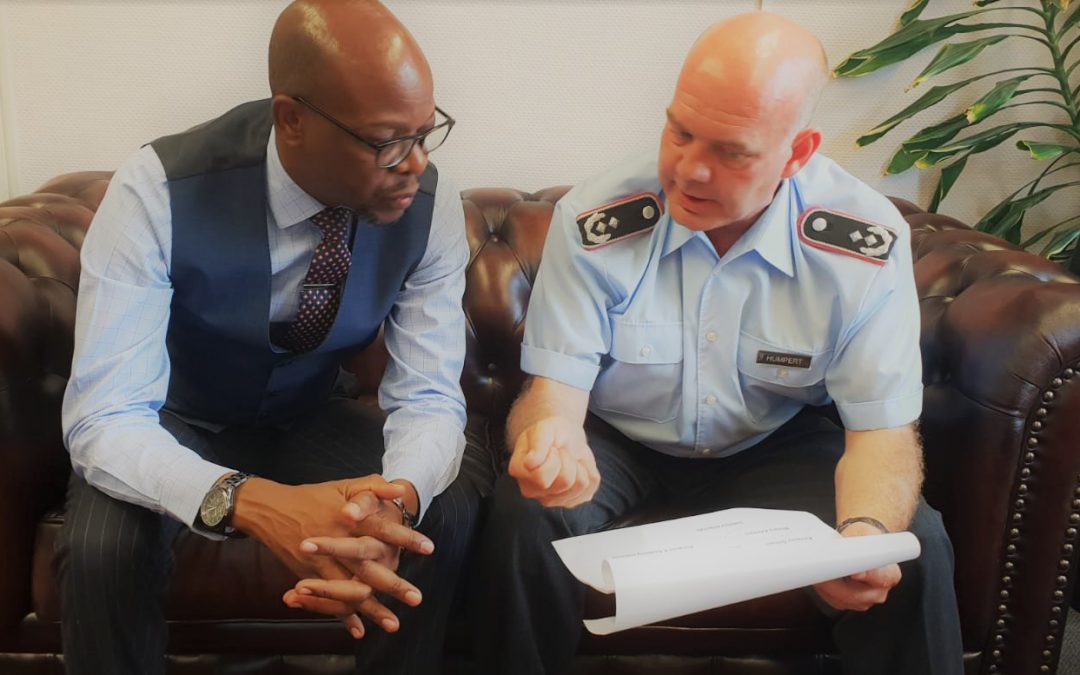 Zambia wants to spike up the number of officers qualifying for long and short term military courses in the Federal Republic of Germany offered by the Bundeswehr (Armed Forces of Germany) said Ambassador Anthony Mukwita.

“We must increase the number of Zambian officers that benefit from these prestigious international military courses offered by the Bundeswehr,” said Ambassador Mukwita.

He was speaking when he hosted the senior officer in charge of Training Assistance for Africa in Germany Lt. Colonel Ulrich Humpert on Tuesday in his office.

Colonel Humpert said Zambian officers are ‘highly rated’ by the German Armed Forces Office and it would be good to see more officers from the Zambia Airforce and the Zambia Army enroll in annual courses.

“On a scale of 1 to 10 Zambian officers I can rate Zambian officers at at 8 out of ten ,” Colonel Humpert said, “what we need now is to see the authorities in Lusaka send us more qualified officers with fitness certificates on time to help us with plan for things like visa’s and air tickets plus placement.”

Annually, the Bundeswehr through its military corporation with Zambia that commenced around the 1980s offers some three short term slots, one for a year and two others for six months said Colonel Humpert.

It also offers under grad and bachelor’s degree courses for senior military officers from 64 countries including Zambia that can run from 5 to seven years per officer as the officers have to learn Deutsch or German first.

“I think it’s a great thing that Zambian officers that are predominantly English speaking have to learn Deutch first because it opens them up for careers in international organisations such as the UN in future through this engagement,” said Ambassador Mukwita.

Colonel Ulrich also commended the past Defense Attaché of Zambia Colonel Christopher Lusaka whose tour of duty in Berlin recently came to an end saying: “we worked very well with the good Colonel he was a great liaison and great friend.”

Colonel Lusaka is yet to be replaced hence the reason Col. Ulrich visited Ambassador Mukwita but the matter is in the able hands of the defense headquarters in Lusaka.

Zambia enjoys great diplomatic, economic and military relations with the Federal Republic of Germany which Ambassador Mukwita said his team in Berlin would enhance going forward.