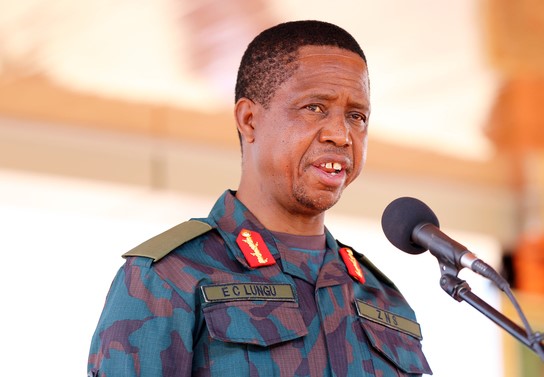 A brain child of the Economic Association of Zambia  EAZ under the stewardship of association president Dr Lubinda Habazoka, the event is expected to bring in all top business executives in Zambia plus others from abroad.

“We are expecting entrepreneurs and possible investors at the Economic Diplomacy summit,” Dr Habazoka said, “the response has been positively overwhelming it’s amazing how much interest Zambia apparently attracts both locally and abroad regarding business.”

President Edgar Lungu is expected to grace the occasion on Wednesday the first of its kind since he first assumed office in 2015 and later got re elected in 2016 on a ticket of slashing poverty and creating jobs by revitalising the economy.

Dr Habazoka, a Russian trained economist said the ‘success’ is largely owing to the fact that President Lungu nodded the event that has since attracted influential foreign leaders such as President Uhuru Kenyatta of Kenya, former President of Tanzania Mzee Jakaya Kikwete and South Africa’s former President Thabo Mbeki.

With Presidents attending the event, Zambia’s economic potential and preference as a top investment destination is expected to get its fair share of the international media spot light or glare.

Media giants such as Bloomberg, Reuters and BBC are expected to cover the event with of course local media such as Zambia Daily Mail, Daily Nation and ZNBC plus Times of Zambia.

The idea according to Dr Habazoka is to open Zambia up further to both the local and international investors as the most fertile African country for investment especially as President Edgar Lungu ratchets up calls for diversification and value addition of products instead of merely exporting raw materials.

Zambia is Africa’s number two copper producer with the commodity being responsible for about 80 percent of all foreign currency receipts but President Lungu wants this to change drastically for the better while he is office.

EAZ has received wide commendation for putting together the humongous business event it hopes to up a notch annually and maybe increase the number of heads of states and business leaders attending it.

Zambia is known internationally for being a preferred destination for business due to its undisrupted peace of about 55 years which appeals to many in business.

Business houses like to invest in countries that are stable and predictable according to Dr Habazoka who also said his entire executive was inspired by President Lungu’s desire to participate in the business indaba.

Zambian diplomats such as Zambia’s Ambassador the Federal Republic of Germany attending the event at the exclusive invitation of Dr Habazoka.

The event runs for two days at the Avani Sun International in Livingstone on July 25 ending July 26 with all sectors of the economy of Zambia such as the traditional mining and agriculture being on the agenda.

The embassy of Zambia in Berlin has been a proponent of economic diplomacy as espoused by a Ministry of Foreign affairs guideline.

Albeit Zambia is a mining dependent country and probably will remain so for years to come, pundits have been pushing the argument that the southern African country has the potential to feed the entire SADC region given its land linked advantage.