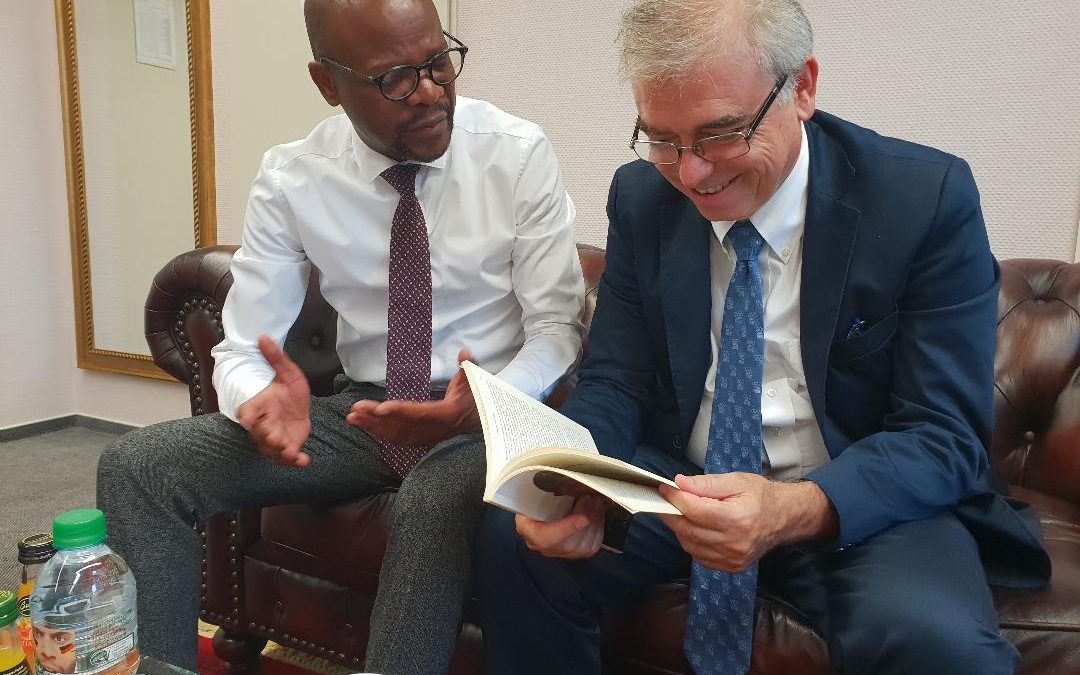 ……..I am more interested in investing in Zambia than you may be!

Greek businessman and hotel owner George Theodorakis says he is on course regarding his intention to open two hotels in both Lusaka and Livingstone with a bed capacity ranging between 150 and 200 each. Mr. Theodorakis said he will be sending an engineer and a lawyer to Zambia for an-on-the-spot check and fact-finding mission which should be followed by his own trip.

“Right now, all I need are Google maps so that we ascertain the specific geographical location of the pieces of land we hope to build the hotels on”, he said, adding, “we need to know how far they may be from the city or the river”.

The Greek businessman who is also in the energy and shipping business told Zambia’s ambassador to Germany Anthony Mukwita when he called on him at his Axel Springer strasser offices that he takes thorough steps in his investments due to the nature of hotel business.

“Hotel business is not as easy as some people think”, Mr. Theodorakis said. “For instance, some would think that having fewer rooms means you are cutting down on running costs not knowing that the difference between 80 rooms and 150 rooms in terms of overheads or running costs is very minimal as the basic requirements of a hotel such as a reception, a restaurant and rooms are the same”, he advised ambassador Mukwita.

The Zambian envoy told Mr. Theodorakis that his investment resonated with President Edgar Lungu’s desire to improve the numbers of tourists into Zambia while closing the bed-space gap. According to the 2015 Ministry of Tourism Statistical Digest, the number of available beds amounted to 43,119 against a total of 931,782 arrivals. 2017 statistics are currently under compilation by the Ministry of Tourism.

“From a business perspective, what these statistics mean is the availability of an opportunity for the hotel investor”, ambassador Mukwita said.

The Zambian envoy is expected to visit some of the hotels run by CIVITEL Hotels on the Island of Crete in Greece of which Mr. Theodorakis is the Chief Executive Officer. The trip is intended to familiarize with the operations of CIVITEL Hotels, a part of a company opened in 1953 by Mr. Theodorakis’ father.

The discussions for CIVITEL to open two hotels in Zambia began in March this year on the sidelines of the Berlin International Tourism Bourse, ITB, when the Zambian embassy was requested by the Zambia Development Agency, ZDA, to organize a meeting with the German-based Africa Verein, an organization whose membership includes German companies with interest in Africa.

Minister of Tourism Charles Banda and Zambia’s ambassador to Germany Anthony Mukwita led the delegation to the meeting. Officials from the Zambia Development Agency, ZDA, presented investment opportunities in Zambia while the Minister spoke in respect of investment in the tourism sector.