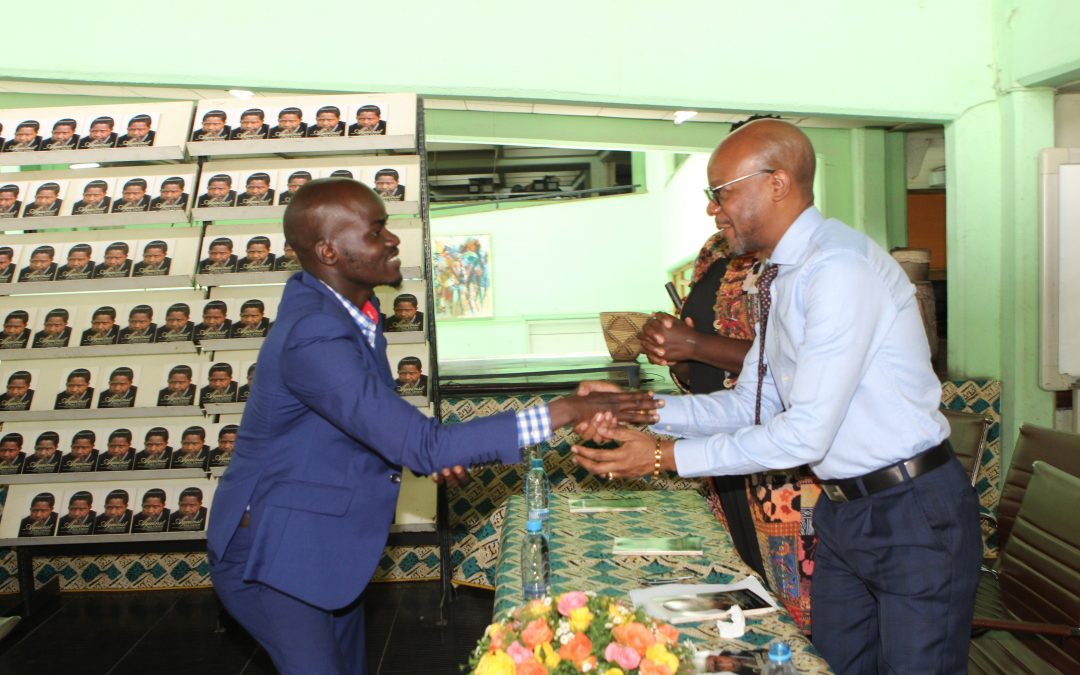 Dr Michael Mulenga, the deputy Vice Chancellor of the University of Zambia or UNZA says the book Against all Odds, President Edgar Chagwa Lungu’s Rough Journey to State House has had a positive impact to the political narrative of Zambia.

In a speech read on his behalf by Chief Librarian of UNZA Great East Road Campus, Ms Christine Nyengo, the don said all students must read the book as it was donated by the author, Ambassador of Zambia to Germany H.E Anthony Mukwita on the side-lines of an economic diplomacy trip.

The UNZA library has now in stock some 600 Edgar Lungu book for loan to students from all faculties.

“The political history of the current ruling party of Zambia and that of the President of Zambia shall never be written in future without reference being made to this book authored by Ambassador Mukwita and we as UNZA are grateful to have this book for special loan in our library,” said deputy Vice Chancellor Dr Mulenga.

Dr Mulenga said the Edgar Lungu book donation is significant because it is coming from a bonafide Zambian and not a foreign entity, “and we hope  other Zambians in privileged positions would emulate Ambassador Mukwita and donate to UNZA and not wait for foreign donations.”

The Edgar Lungu book will go a long way in enlighting academically enthusiastic UNZA students according to Dr Mulenga.

Ambassador Mukwita will in turn not be forgotten by UNZA for his life long donation that shall benefit hundreds of streams of UNZA students now and in future according to the don.

The senior diplomat and author told the gathered students led by UNZASU president  Shadrick Mumba that it is important for, “Zambians to take control of the Zambian narrative and tell it right.”

Mr Mukwita said foreign writers must not be allowed the liberty of controlling the Zambian narrative because they are bound to distort it according to their bases biases.

“Zambia is a great story of peace, stability and love and it should thus be documented just like President Edgar Lungu is a good humble leader with a greater interest of Zambians at heart in my view and that is the story I want to tell,” Ambassador Mukwita said.

The senior diplomat said in some sections abroad, Zambia is not known and that, “this is not a negative but a positive because most African countries are notoriously known for either conflict or other vices while Zambia remains a haven of peace. We must continue telling the good Zambian story.”

Ambassador Mukwita said his book that has officially shattered Bookworld store records as the highest sold Zambian book by a Zambian author has since been bought and stocked by Ivy League universities such as Stanford University in the United States.

“This to me is commendable as a first-time writer because it means we can excite a positive story about Zambia and President Lungu is a good story,” said Ambassador Mukwita.

The donation was made possible by a supporter and friend of Ambassador Mukwita that bought 1200 copies split into half, a donation to Mulungushi University and UNZA last year.

On the side-lines of the EAZ economic diplomacy conference in Livingstone in July, however, Vice Chancellor of UNZA Professor Luke Evuta Mumba invited Ambassador Mukwita to officially donate the generous gift.

Ambassador Mukwita who is working on a second Presidential book said he hoped apart from UNZA, a government effort through the Ministry of Education would deliberately stock the book as it is a verifiable document of Zambia by a Zambian.

Ambassador Mukwita has also dubbed his first masterpiece as a form of Literature Diplomacy.