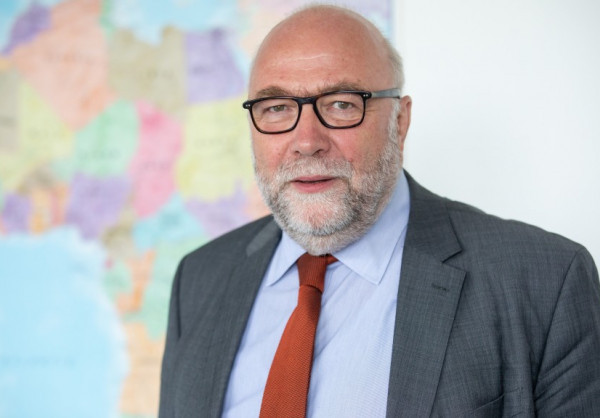 Zambia has the potential of attracting more investment in the agricultural sector that could boost its Foreign Direct Investment, FDI, said Dr Gunter Nooke, the Special Envoy for Africa in the office of German Chancellor Angela Merkel in a web meeting today (Wednesday) attended by more than 100 Ambassadors and economic experts.

Dr Nooke singled out Zambia following a direct question from the Ambassador of Zambia to Germany, H.E Anthony Mukwita, who invited Germany to increase agriculture investment in the southern African country.

“Zambia is a good example of investment between Germany and an African country because we already have a German company called Amatheon which has pumped in more than 100 million euros in a commercial farm. We can do a lot with the agriculture sector in Zambia, but this must be long term with irrigation etc,” said Dr. Nooke.

“Agriculture is good and it creates jobs but what we need to do is build long term trust; we need to build trust and work together to attract more investment from Europe so that the youth in Africa do not migrate as laborers but work in Africa,” said the Chancellor’s Special envoy.

While other panellists noted ongoing developments in Africa, contrary to popular opinion of a dark continent, Dr. Nooke advised that more infrastructure is needed to support economic growth.

He pointed to the road-network as an example and said that more was needed to support the much-needed economic expansion. The German senior official acknowledged with cautious optimism some of the efforts African countries were making in infrastructure development.

On its part, the Zambian government, under the leadership of President Edgar Lungu, has prioritized investment in infrastructure to support economic and trade activities.

Since assuming power in 2011, the Patriotic Front government has been building roads connecting the country’s 100 districts and Zambia’s surrounding eight neighboring states. Other developments have included airports to increase air traffic and tourism; communication towers to increase the quality of communication and connectivity thereby facilitating access to information and communication technologies.

Health facilities have and continue to be built around the country to facilitate universal health coverage and schools to give as many Zambians as people an equal opportunity to succeed in life.

For a long time now, the need for infrastructure has been part of the dominant theme in the global development narrative.