Zambia goes on “display” at the Maritim Hotels 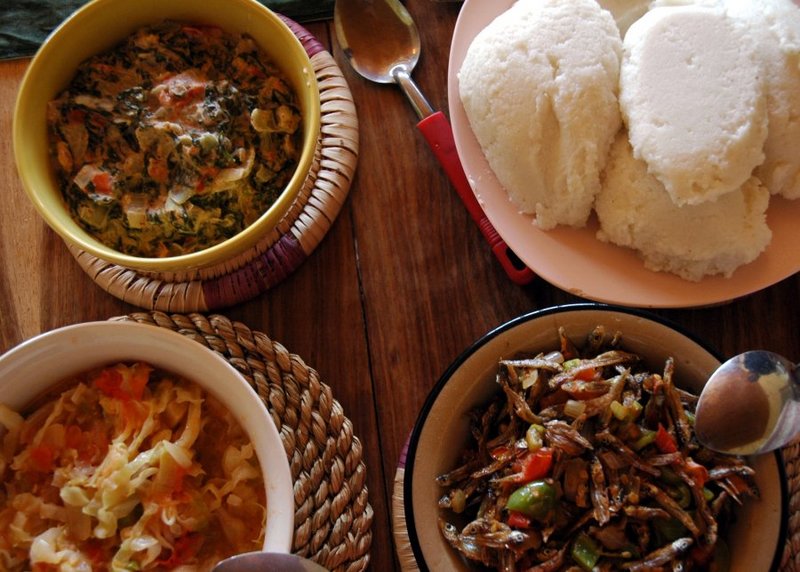 Zambia’s Ambassador to Germany His Excellency Anthony Mukwita has expressed gratitude to Maritim Hotels of Berlin Germany for affording Zambia an opportunity to showcase the country’s investment, trade and tourism potential on their premises.

Ambassador Mukwita says the embassy will fully utilize the opportunity to market Zambia to the visitors to the hotel who are expected to eat their lunch and breakfast in the Maritim restaurant on the first floor of the Maritim hotels located on Stauffenbergerstrasse.

“We are in a hurry to increase Zambia’s visibility on the German market and any opportunity to do so will be grabbed with both hands”, says Ambassador Mukwita.

Maritim Hotels is hosting what it is calling the Berlin Diplomatic Brunch – usually a combination of lunch and breakfast that begins late morning and ending later in the afternoon, during which time four southern African countries have been given an opportunity to display their promotional materials, bring their cuisine and meet potential business or tourism partners.

The other countries include South Africa, Botswana and Namibia. Beginning Sunday 5th May 2019 to 30th June, the four SADC countries will promote their tourism and business potential in the plush Maritim restaurant in full view of diners.

Zambia is displaying her iconic Victoria Falls or, as the locals love to call it, Musi-o-Tunya – the smoke that thunders and several other materials depicting the country’s unique wildlife recently described as unique by CNN.

Zambia’s vast investment opportunities and will also be on display as well as a 94minute film which was recently produced by a German film crew featuring prominent tourism sites and wildlife in Zambia targeting the EU audience and beyond.

Zambian delicacies provided by the embassy of Zambia in Berlin will be served ranging from nshima, ifisashi (vegetables in groundnut sauce), village chicken and many others that are uniquely Zambian.

Ambassador Mukwita says there is no better place to showcase Zambia to the right clientele than Maritim Hotels – one of the highest brand names in the hospitality industry in Germany and other parts of Europe.

The hotel attracts high profile visitors that include Heads of State, prominent business people, airline staff and its venue is often used to film popular movies and investigative television series such as Berlin Station, which is available on Netflix.

“This is where Zambia will be on full display for the next two months”, says ambassador Mukwita as he calls on Zambians in Berlin to set aside time on Sundays to bring their German friends.