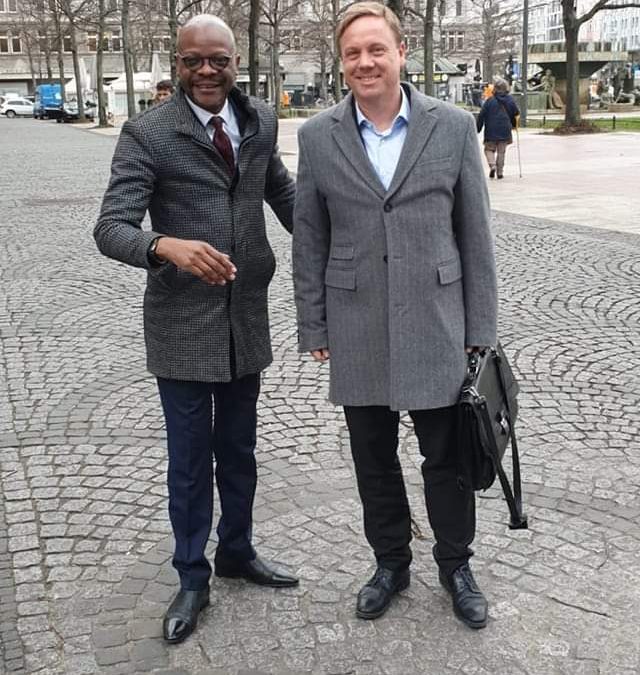 Germany should escalate agro business relations with Zambia in order to create jobs and reduce poverty says honorary consul of the southern African country to the state of Lower Saxony Dr Victor Khune.

Dr Khune was speaking during a web meeting held between the Ambassador of Zambia to Germany H.E Anthony Mukwita and the top Advisor for Africa to Chancellor Angela Merkel Dr Gunter Nooke this week.

“We have received a number of requests from German business that want to invest in the agriculture sector to grow and export products to Germany especially in the medical sector,” Dr Khune said.

The honorary consul who is also a businessman said he was also duly aware that a number of Zambians in possession of arable land were on standby to partner with German business if the federal office could assist in anyway.

Dr Nooke, the highest ranking official on Africa in Chancellor Merkel’s chancellery said Zambia was a good destination for agro investment as he gave an example of Amatheon Agri business run by Carl Bruhn that has invested millions of euros in the sector in Zambia.

He referred Dr Khune to a section in his office that seeks to grow business between the private sector and federal government for further assessment.

This was the first high level meeting Ambassador Mukwita, Dr Khune and the Chancellors top advisor for Africa were holding on investment post covid outbreak this year as Zambia escalates economic diplomacy.

“We are glad that the meeting with Dr Nooke went well and we hope to have similar engagements in future in order to help grow our economy and fight poverty,” Ambassador Mukwita said.

The Zambian envoy also thanked the German partners for the covid financial assistance amounting to a total of EUR 28.7 million that was granted last year when then pandemic broke.

“This is something we do not take for granted given the scarcity of resources as a result of the pandemic that is making many people ill and even die…Germany is indeed a true friend of Zambia and we are grateful,” Ambassador Mukwita said.

Dr Nooke also took time to commend Zambia´s democratic and peaceful credentials which he said remained commendable in Africa and pledged continued support for the southern African country as a partner.

The new normal meeting touched on issues such as vaccines for the southern African country which Ambassador Mukwita said was a topic being handled by the Zambian cabinet as and when a safe vaccine is available.

The coronavirus has claimed about 57, 000 fatalities in Germany and forced the country to impose a second a lockdown while it inoculates its citizens starting with the elderly in society.

Zambia remains a preferred investment destination for investment even under the covid cloud according to ambassador Mukwita as Europe seeks new investment frontiers.