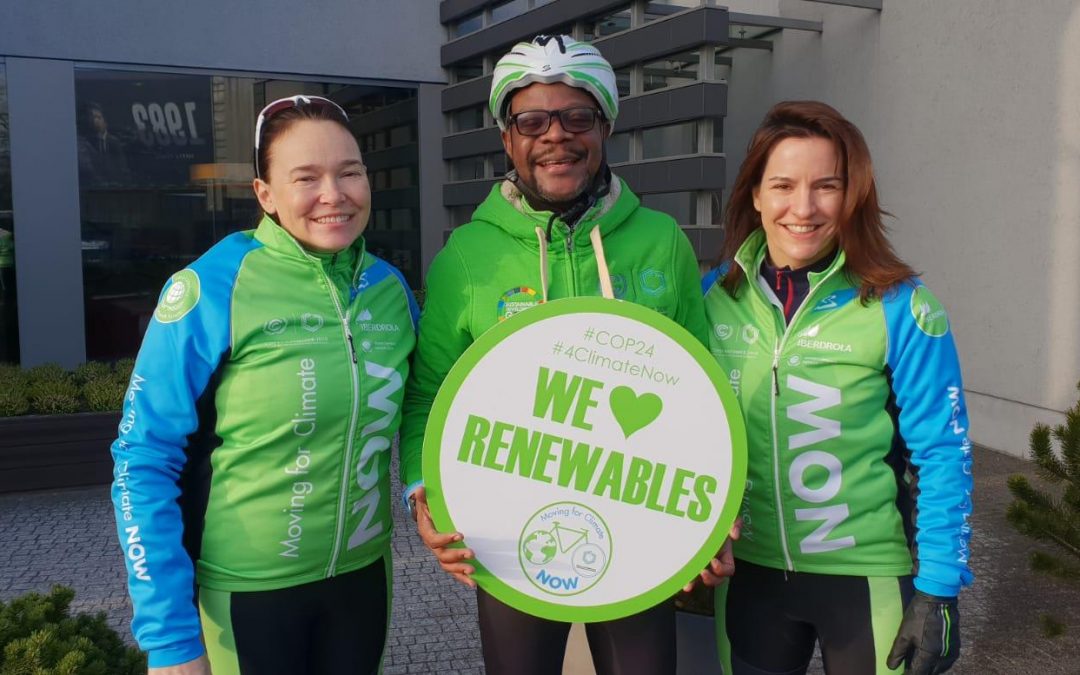 Africa GreenCo, an energy solutions company, has expressed optimism at Zambia’s efforts to combat the effects of climate change. Speaking when she paid a courtesy call on Zambia’s ambassador to Germany His Excellency Anthony Mukwita, company co-founder Ana Hadjuka says the efforts by government to diversify the country’s energy sector will reduce Zambia’s vulnerability to the effects of climate change.

She was speaking against the backdrop of the United Nations-organized climate change conference, otherwise known as COP24, taking place in the Polish city of Katowice.

She said the practical measures taken by the Zambian government motivated her company to seek opportunities to work in the country’s energy sector as the latter undergoes changes in line with the dictates of climate change.

Ambassador Mukwita said the government of President Lungu took climate change seriously having experienced one of the most devastating power shortages that threated the whole economy between 2015 and 2016. This was owing to low water levels in the Zambezi River on which the Kariba Dam, the source of hydro power in Zambia is located, a phenomenon experts attributed to climate change.

“This is why Zambia is represented at this conference by the Hon. Minister of Lands and Natural Resources Ms. Jean Kapata for purposes of adding our voice to the global narrative on climate change”, said ambassador Mukwita.

Africa GreenCo has been in discussions with the Zambian government regarding the possibility of setting up a jointly-owned but independently managed creditworthy intermediary offtaker that should attract private investment in renewable energies in the country.

Since Zambia’s independence 54 years ago, government has borne the financial burdens of shoring up the operations of the electricity supply company, ZESCO. However, the model proposed by Africa GreenCo shifts the burden to the markets.

For its operational capital, Africa GreenCo has applied for funding from sources that include Green Climate Fund, GCF, while a full funding proposal of $100 million dollars was submitted earlier this year by the African Development Bank and the Development Bank of Southern Africa with a letter of support from the ministry of National Planning in its role as Zambia’s National Designated Authority for GCF.

The Africa GreenCo proposal for Zambia was also approved by the European Commission under the External Investment Plan in July this year under the leadership of AFD (the French Development Bank). Other funding is expected from Partnerships for Green Growth and the Global Goals, P4G.